When the Donald C. Cook Nuclear Plant (D.C. Cook) in Lake Township, MI replaced its turbines and corresponding outer casings — which were close to 91 meters in length — disposing of the obsolete turbines demanded a unique but crucial decontamination process.

Turbine components were welded to the barge for continuous stability throughout travel. The barge departed from St. Joseph, MI on Sunday, Sept. 10, 2017 and arrived at the Oak Ridge barge area in the early morning hours on Wednesday, Sept. 27 after seventeen and a half days in transit.

Crews spent the ensuing two days draining the barge water, breaking welds, and setting up cranes for land transportation. It took two full days to unload and stage all six turbine casings from the barge and prepare for trucking to UniTech’s Oak Ridge Service Center. The barge was free released, and departed on Oct. 1. Over the next two days, upper turbine casings were trekked to UniTech’s facility, just five kilometers away, at a cautious pace of 1.6 kilometers per hour, not including the movement of powerlines. Inner casings were received, decontaminated, and cut for recycling within a 72-hour timespan, completed by 2:30 a.m. on Oct. 5.

Shipment of the lower casing components from the dock to UniTech’s Oak Ridge Service Center was delayed when removal of blade carriers posed a risk of crane shock. Delay in shipment to the service center also caused the project to run into fall outage season, a high-volume stretch of time for UniTech’s Oak Ridge facility, which necessitated special off-site storage considerations. Processing of lower casings began on Oct. 10 and finished on Nov. 15.

Once received at the Oak Ridge facility, UniTech processed a total of six casings:

A unique Gamma Spectroscopy process was utilized to verify decontamination of inaccessible areas, and used as a basis of validation for free release survey documentary.

Segmentation was very important to this project in particular, with nearly all materials being prepped for recycling.

With numbers confirmed by D.C. Cook, UniTech estimates that completing the project offsite amounted to $2.2 million in savings for the utility. This figure was calculated based on industry rates for the contractors, training, and handling needed for on-site decontamination, as well as comparison of direct disposal (recycling) versus landfill disposal.

Often, when decontamination is completed on-site, materials are sent to landfills rather than recycled. Off-site disposition proved to be the most cost-effective method for D.C. Cook, while minimizing the utility’s responsibility for the materials and optimizing the amount of materials that could be recycled.

Products
About Us
News & Events
Resource Library
Contact Us

Thanks for reading UNITRACK! This edition's gift is a T-shirt bearing the UniTech logo! The men's shirt is light gray, and the women's shirt is blue. 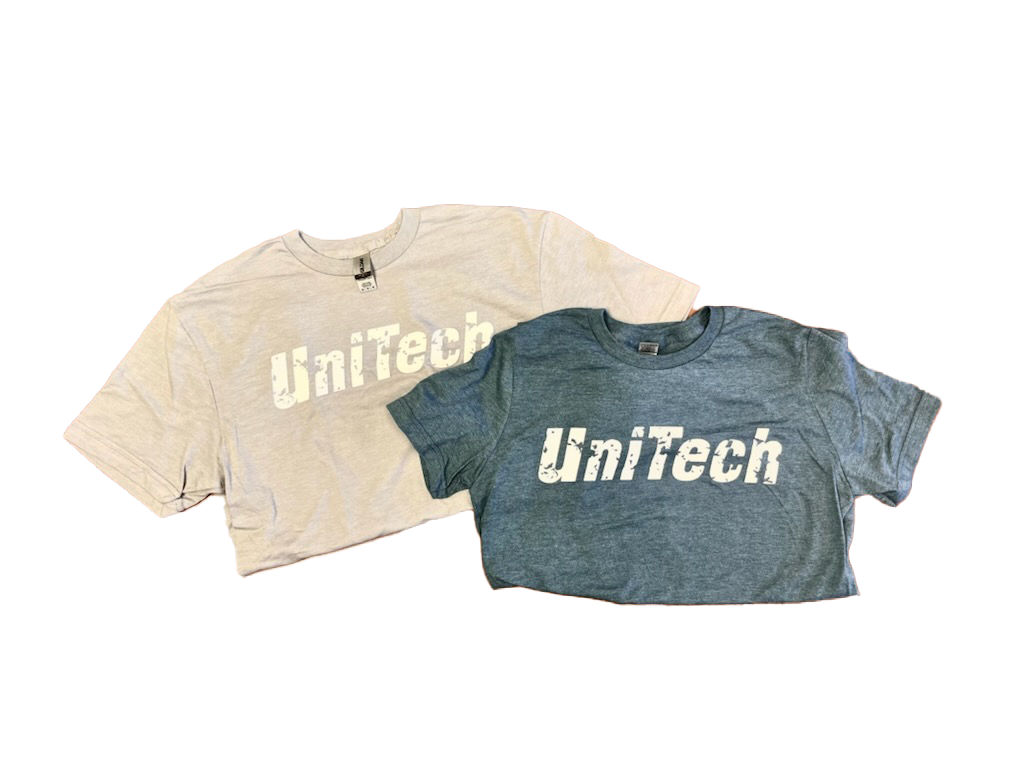