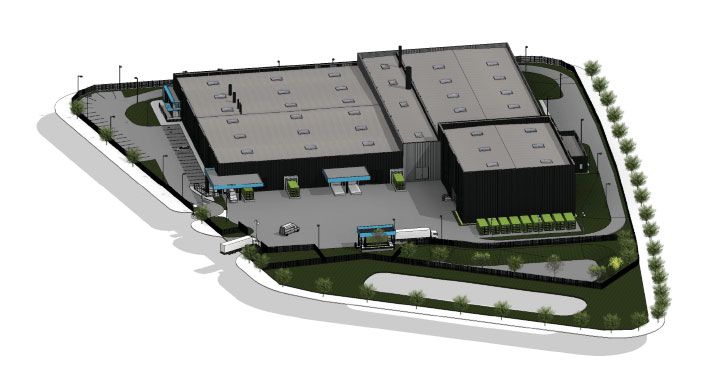 UniTech is inching closer to groundbreaking for its new laundry services facility in Joinville, France, with critical steps in the process happening by end of 2018.

The permanent application review process began in October, and is expected to be approved in December. Once UniTech’s application is approved and a permit is issued, groundbreaking can be planned and the company can begin fielding bids from construction firms.

The state-of-the-art facility in Joinville, which is expected to be operational in 2020, will serve all laundry services needs for France, Spain, Switzerland, and Germany. Planning of the new facility was announced in 2016, after UniTech entered a long-term laundry services contract with EDF, the world’s largest nuclear utility.

“We’re really excited to get the plant open in 2020. It’ll be instrumental to meeting the laundry capacity needs for our European customers, as soon as it’s operational,” said Manager of HP & Engineering Mike Fuller. “Our facility in Holland is consistently near capacity, due to increased customer demand, so the opening of our Joinville facility will be timely.”