Paul Manley Retires After 25 Years of Leadership at UniTech 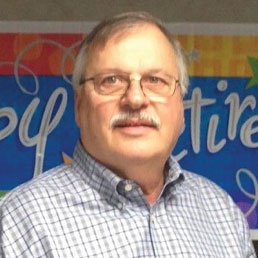 Paul was a major part of nearly everything we’ve accomplished at UniTech for the last 25 years, and with his retirement this spring, we took the time to reflect on his story and his achievements. Paul joined UniTech as Plant Manager/RSO in Springfield, Massachusetts in 1989, and became our Operations Manager in 1994. As Operations Manager, Paul deftly managed a myriad of responsibilities ranging from developing and meeting budget and business objectives, supervising plant managers, developing and enforcing company policies and procedures, to working with Corporate Health Physics and Engineering to assure regulatory compliance. According to longtime coworker and friend Director of Sales & Marketing Gregg Johnstone, “There is no other person I’ve ever known who can get a job done more quickly and effectively than Paul.” Steve Williams, Springfield Plant Manager adds, “Paul always said to call him anytime – day or night – for any help I needed at the plant. Paul was committed to doing everything possible to make sure UniTech served its customers well, and to support his team.”

Paul had an exciting career even before helping grow UniTech to the company it is today. As a young man, Paul flew helicopters in Vietnam as Gunnery Sergeant for the Marines. After completing his military service, he worked as Wastewater Treatment Operator for the Town of Brattleboro, Vermont, then held positions of increasing responsibility at Vermont Yankee.

We thank Paul for all he’s brought to UniTech for the last quarter century, and we wish him an excellent next chapter in life.