Thank you to Mike Fuller 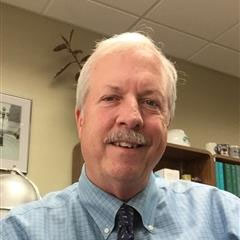 Congratulations to Mike Fuller on a well-earned retirement! Mike has served as Manager of Health Physics and Engineering for UniTech since 1996. He was responsible for all regulatory compliance, corporate oversight, and management of UniTech’s radiation safety and quality control programs.

Prior to his time with UniTech, Fuller began his career with nearly a decade working on U.S. Navy submarines, and then another for Vermont Yankee Nuclear Power Plant.

Fuller holds a BS from Franklin Pierce College, and a JD from Western New England University. He was also admitted to the Massachusetts Bar Association in 2004.

His operational safety insight, wit, and golf prowess will be missed by UniTech staff and customers alike!

Fuller will be replaced by CHP Glenn Roberts, who has worked closely with him over the past twenty-plus years.